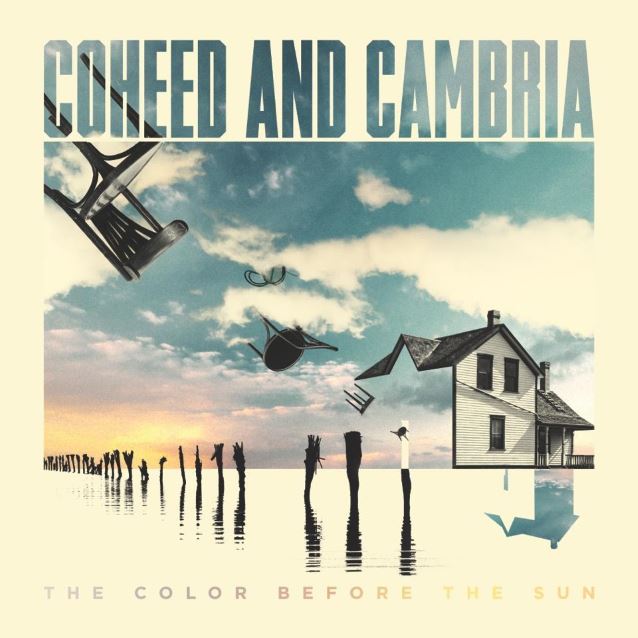 The Color Before The Sun marks Coheed And Cambria’s eighth studio album, and the first not to be based around The Amory Wars storyline. As a defining feature of the past 12 years, some fans could be forgiven for being fearful of what was to come, but the result is an album with a wider variety of song styles than usual, unhindered by the need to adhere to storyline and it creates some positive results that Coheed fans will really love.

Most of the album is not nearly as heavy as Afterman, the previous double album, the songs instead feature superb melodic writing and expertly explore use of texture to create memorable tracks. Peace To The Mountain begins very sparse but very slowly over 5 minutes of rise and falls, builds to to this epic release of tension when strings and brass join an infuriatingly catchy vocal melody singing the track’s title. Unfortunately some other mellow tracks on the album seem to be lacking in direction, and largely drift by without being noticed: Ghost seems to act as an intermission to the album which, coming after Here To Mars is largely unnecessary. Young Love is also victim of this, it promises more but as it climaxes, the song ends without exploring the ideas further.
This album sees the return of a number pop-punk and post-hardcore tracks reminiscent of Coheed’s earlier albums. Tracks like Island and the first release You Got Spirit, Kid are excellently catchy and feature less of the edgy, dark sections that could put off first time listeners. Eraser falls into this genre, yet lacks direction and gets caught between being catchy and poppy with trying to be dark and edgy, the result is a mixed delivery of a song that fails to retain attention.
Coheed do manage to incorporate heavier songs in places and these are arguably the most engaging: Atlas (also the name of Claudio’s son) grabs you from the start (which is definitely needed following Ghost). It is about Claudio’s fears of leaving his family for long periods at a time to tour with the band. The whole track is written like a message to his son, and features a beautiful sentiment in the chorus “when daddy goes off…[you’re] the love guiding him home”. It shows that even without the concept, Claudio is still lyrically excellent. Audience is the other track to stand out as heavy on this album, it begins with an emphatic drum beat which is the constant driving force through the song. Even when the anthemic, catchy chorus ‘This is my Audience’ enters, the song retains it’s hefty sound, exploring complex syncopated riffs and colossal drum patterns.
Overall, this album definitely feels like a collection of songs rather than a consistent detailed and elaborate story but that’s to be expected. The songs are, for the most part, still excellently written, with relatable lyrical themes and enticing textures which when paired with the excellent production are incredibly engaging. The album still features a wide variety of songs, pulling inspiration from each of their previous 7 albums, ensuring that there’s something here for any avid Coheed fan or newcomer to the band.