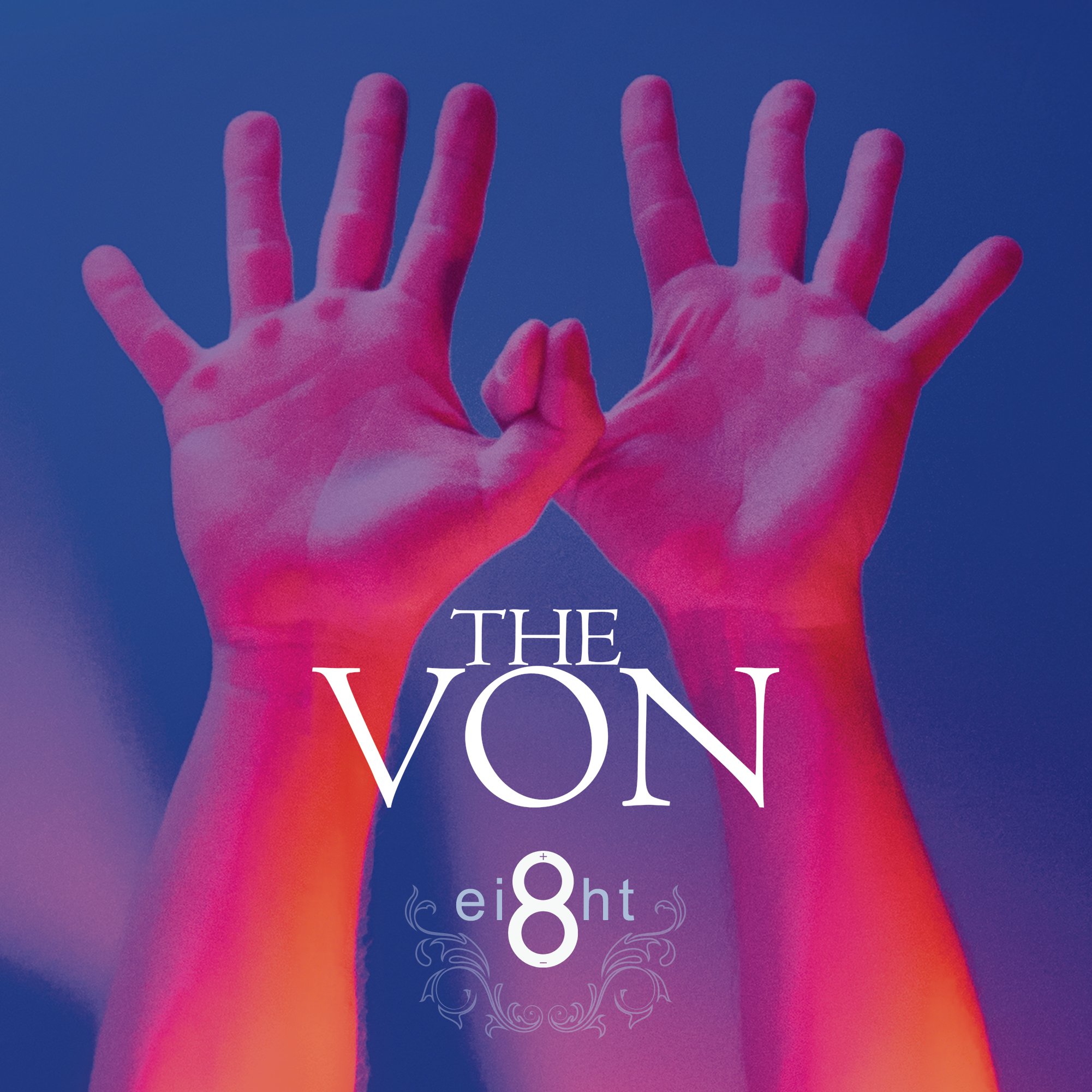 The Von have produced an intense and powerful debut with their brand new LP, Ei8ht. The South Florida trie have spent most of the last year toiling over their creation, and they manage to deliver and excellent hard hitting modern rock album that amaze your ears! The carefully honed lyrics, alongside the innovative music, really demonstrates the talents this band has to offer.

All the songs on the album incorporate the overarching lyrical theme of living life fearlessly, this definitely something that vocalist and lyricist, Luis Bonilla, feels passionately about, frequently mentioning how people should not be ruled by their fears. The theme is adapted in various ways: Cry Of War, is about confronting your fears head on, yet Atomic Sun discusses letting go of fears of commitment for love. Nothing To Fear presents this theme most apparently: “why so much hate, you’re the most beautiful thing God created”. This speaks of the importance of life and

living it ruled by fear like wasting it. While the lyrical theme is very good and well preserved throughout, there can be a tendency to over concentrate on lyrics. During certain parts of the album, too many lyrics are forced to fit over a short musical phrase, which leads to it seeming somewhat forced together and disjointed. This is to take nothing away from the music itself however, which is excellent.

The Von deliver a very unique, yet familiar sound by incorporating modern sound manipulation effects on guitars and bass, into a classic hard rock instrumentation. The result is this fantastic range of song; leading heavy tracks The Machine and Nothing To Fear are able to shift seamlessly in to emotional ballads like Let It Out. All songs incorporate varying amounts of  instrumental processing, and while it may be overused in Let It Out , and go a bit too far in the guitar solo in Atomic Sun; the effects are perhaps most apparent and effective throughout Love Supreme. The effect applied to the virtuosic bass part is exceptional, and really brings the part, and the track, to life. Bonilla‘s distinctive powerful vocal performance adds another dimension to the band’s sound, utilising a variety of techniques to deliver the message of the song, allowing each song to flourish in its own right.

Overall, Ei8ht is a very well-crafted and accomplished record. The album is expertly assembled with a consistent sound, created by the production of Bonilla and Bedoya. This, along with the well-developed lyrical theme, maintains a uniformity and creates an ability to connect to the album as a whole despite the variety of styles within the album. Definitely worth a listen and I look forward to hearing more from this exciting prospective band in the future.

Standout Tracks: Nothing To Fear, Don’t Forget About Us, Love Supreme

The album is available to buy from thevon4u.com, iTunes and on Amazon