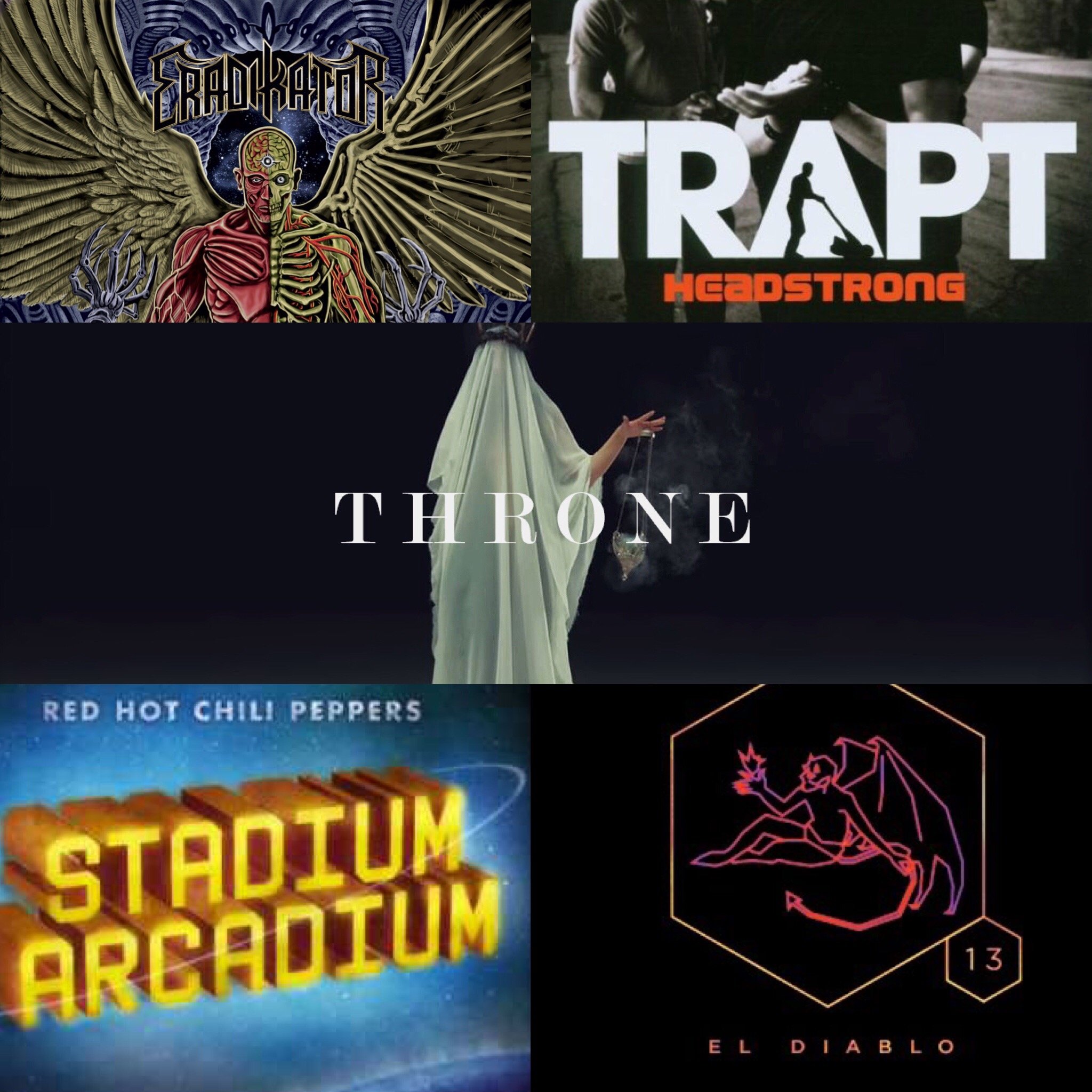 Hey guys! Just want to start by apologising for the long wait for posts! Been a crazy week with work, Uni and CHRISTMAS! So without any further ado, here’s my songs of the  Fortnight.

This track is excellent, I loved it from the first second I heard it. That dark, exotic sounding riff makes it sound like it’s missing from Slayer‘s Seasons In The Abyss; but it goes on to create such an awesome groove; first in the verse, then in the chorus. The vocals are so distinctive and have such gravitas and power; you can’t help but get drawn into the chorus! This track is from Thirteen‘s Save Rock N’ Roll two track EP released earlier this year, and I’m excited for what comes next, as both these songs could have easily made this SOTW list.

Eradikator are an awesome thrash metal band from Birmingham, yet there’s something mesmerising that sets them apart from other modern bands in this genre. Their latest album,  Edge Of Humanity, is self-released, so it could be thanks to a lack of outside influences. Listening to some of their stuff, they seem almost like a well produced version of Metallica‘s Kill ‘Em All album, and it’s that raw passion and energy that is captured on record. This song really shows off what they can do: The use of chords is not restricted to simple power chords as with others in the genre; the clear melodies in the vocal are really captivating; and the breakdown gives a nice change of pace. Really great song, and definitely a standout from the album.

For Fans Of: Metallica; Bullet For My Valentine; Megadeth

I assume I’ve heard this song because when I first heard it, it seemed instantly recognisable, but maybe it’s just that good of a song! It’s so instantly catchy, that section out of the chorus is SO GOOD! It’s easily my favourite kind of section in a song, the drop to that big open texture out of the jutting section from before. The use of octaves to provide extra melody to the chords, and it’s done so brilliantly here. My only discrepancy with this song, is that they don’t do enough with that section; it’s fantastic when it’s being used as the outro, when he’s singing ‘And this is not, where you belong’; but its other appearances featured lyrics without conviction or purpose. I still love listening to it, and love that section regardless though.

For Fans Of: A; The Explosion; Seether

Bring Me The Horizon – Throne

I never thought I see the day that I actually found a BMTH song that I liked, but here it is! I found it on Spotify’s Kylo Ren Star Wars Character Playlist (If you haven’t heard about this feature, check it out, found some great songs). People have been telling me for a while to check out BMTH‘s new album because it’s ‘completely different’ and ‘incredibly brilliant’. I’m not sure I’d fully go along with these, but it’s quite different, and pretty damn good. It sounds like some old school Linkin Park stuff, which is always a good things. It’s got those really big sections where ‘Chester’ screams, but then it’s also got those mellower bits, where he sings, or that guy raps. Really good variation of textures in the track, and really catchy melodies and chorus.

For Fans Of: Linkin Park; Enter Shikari; A Day To Remember

RHCP are one of those bands that almost no one dislikes, thus they’re a great band to put on my playlists for work; so I hear them quite a lot. Fortunately many of their songs grow on you due their being a bit weird and different. The songs on Stadium Arcadium are of no exception and, despite its release 9 years ago and extensive listening, there are still certain songs that grab me for the first time. This week Animal Bar grabbed me for the second time as I fell back in love with this awesome song! It’s fantastically atmospheric; before hitting that great call and response section! That section is impossible not to tap/sing/dance along to; it really brings the track to life!