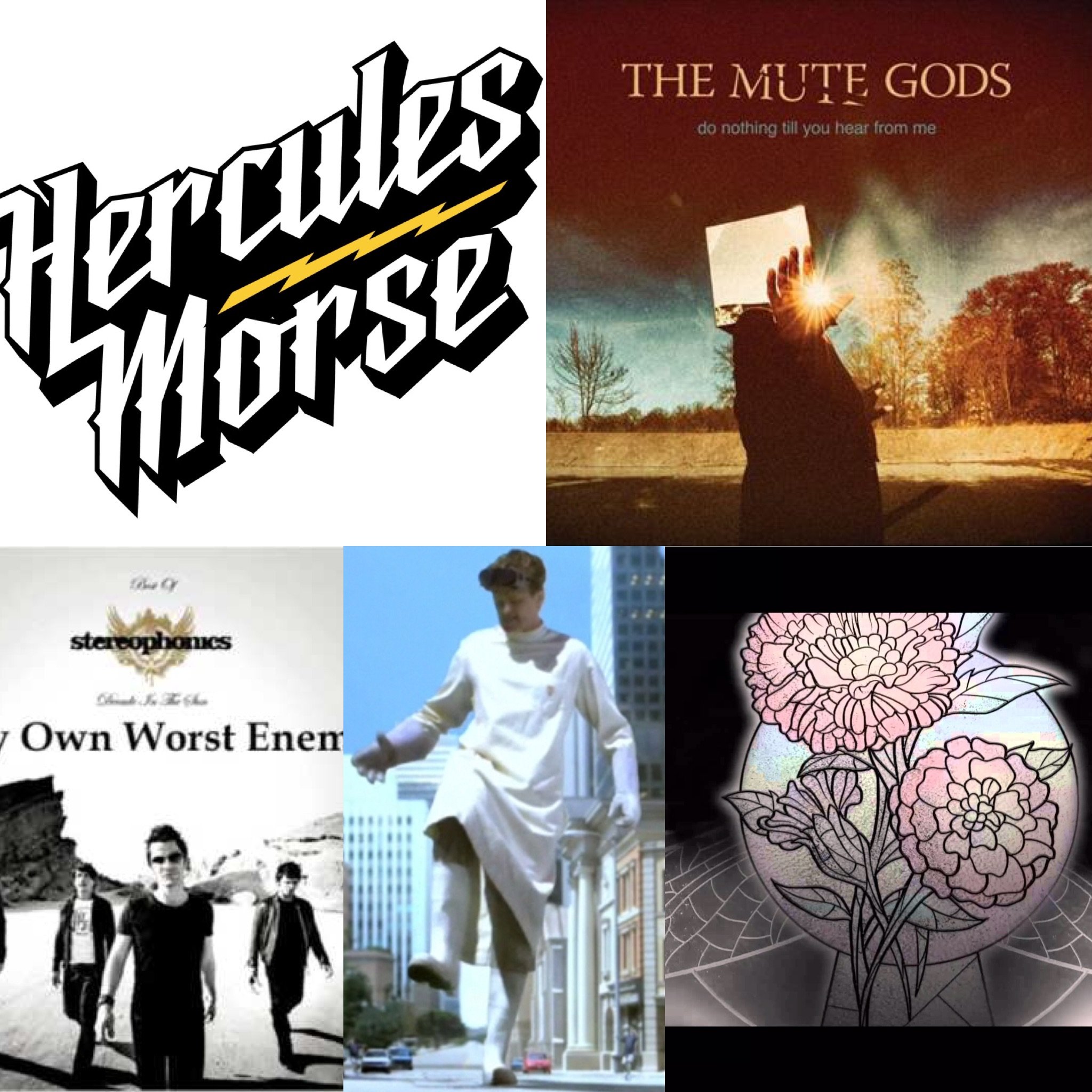 Happy New Year everyone! Welcome back to my songs of the week section. First of the new year, and I’m excited to say I’ve been listening to some tremendous stuff this week, something to really sink your ears in to!

To those of you who are unaware, there’s a musical called “Dr. Horrible’s Sing-Along Blog“; made by Joss Whedon, starring Neil Patrick Harris HIMYM), Nathan Fillion (Firefly) and Felicia Day (The Guild). It was initially released online, but is now available on DVD. I’ve watched it before and loved it, so when I received it for Christmas this year, I was excited to re-watch it for the first time in over 2 years! I forgot how brilliant this film is, firstly the storyline, and concept are really brilliant; and I urge everyone to watch it! (Especially if you’re fans of the actors).
This song in particular is excellent, not just in it’s function in the musical; but as a song in its own right. Lyrically, it’s relevant, relatable, funny and clever; it’s about the character changing his mind on an issue, that has always been important to him, because of the girl he loves; yet manages to keep it light-hearted with lines like “When I hand her the keys to a shiny new Australia“.
Musically it’s really intricate and well constructed (as with music from most musicals to be honest). For a 2 minute song, there’s an awful lot I could say about it, but to save time, I’ll look only at the final chorus section: the vocals are fleshed out with really good effects and double tracking, but what I didn’t hear on first listen was the voice 2 octaves lowers, providing further depth and a darkness that’s consistent with the rest of the track. The vocal/keyboard counter melody between lines is in counterpoint with the main melody. Finally, the singing techniques and ornamentation used; trills, melismas, turns etc, add a really nice extra effect to the this section to help lift it above the rest of the track, and make it feel more climactic, as it is a crucial moment in the story.

This is quite possibly one of my new favourite songs! The use and development of musical themes throughout is really clever: The initial riff is developed and varied fantastically during the intro section, first becoming really intricate, before moving into the really groovy version. The song continues using a similar rhythm during the verse, but doesn’t become boring thanks to the drastic change in texture and tone. Mostly the song is built upon just one or two rhythmic and melodic phrases, which are developed and varied; this is really common in classical music, and is easily my favourite thing about the genre; so naturally I love it when metal band’s use it in their songs!

This song would make it to this week’s list based on that intro riff alone, it’s rocky, groovy, catchy and just generally excellent! This is a song I found trawling the internet a couple of weeks back, I literally heard this riff, and pre-ordered the album. Well the album arrived, and I finally gave this track a proper listen, and it’s fair to say the rest of it lives up to the hype of that riff. The riffs and grooves throughout are brilliant, as are the lead guitar parts. In the chorus they provided a really great, interesting counter melody to the vocals; and then when that solo kicks in! SO GOOD! Again the brilliance of this largely has the riffs to thanks, but there’s still a lot to make it great from there. It’s the way the solo works with the backing, and moves with chords, accenting notes according to phrasing in the riffs. The rest of the album is decent, and worthy of a few listens too.

Stereophonics – My Own Worst Enemy

This song’s been out for a very long time; but that doesn’t stop it from being awesome! I was back at home with parents for a couple of days last week to celebrate New Year’s, and ended up listening to Stereophonics’ Decade In The Sun in the car. I could have easily done a post featuring every track from that greatest hits, it’s really excellent stuff, and deserves a listen, even if you’re not a big Stereophonics fan. This song in particular stands out, just for the sheer energy, passion and aggression on the track! Musically, it’s a lot more Rock than many Stereophonics’ tracks, but the subject matter in the lyrics really deserves it. It’s about someone in a failing relationship, and wanting to end that relationship, but doing nothing about it. The music suits it perfectly, and gives the lyrics a self-hatred perspective on the issue, rather than a depressing and destructive perspective other genres might have given it. Very good song.

The Mute Gods – Do Nothing Till You Hear From Me

I doubt many of you will have heard of these guys, this track was released in November, ahead of their their debut album later this month. Decided to check it out, and it’s brilliant. It’s quite proggy, think Yes meets ELO, with some Rush thrown in; and like many songs by these bands it takes a couple of listens to like it, but then the more you hear it, the more you notice and the better it gets!
The song itself perfectly balances enthusiastic drumming, driving bass lines atmospheric synths and intricate slide guitar under catchy vocal melodies. The groove, and main riff, of this track is so cool when it kicks in after that minimalistic arpeggiated synth pattern. The bass is just all groove, and the melody works great floating over everything. When the verse and chorus kick in, it’s the turn of the vocals to effortlessly guide the song through its passages, earmarked by incredibly virtuosic and insane drum fills.
To be honest there’s probably too much happening in this song to discuss here, definitely worth checking it out though, make sure you listen more than once!

Hope you all enjoyed this week’s features, some great tracks to enjoy here! As always these have been added to the Spotify playlist for your listening pleasure. Have an awesome week!