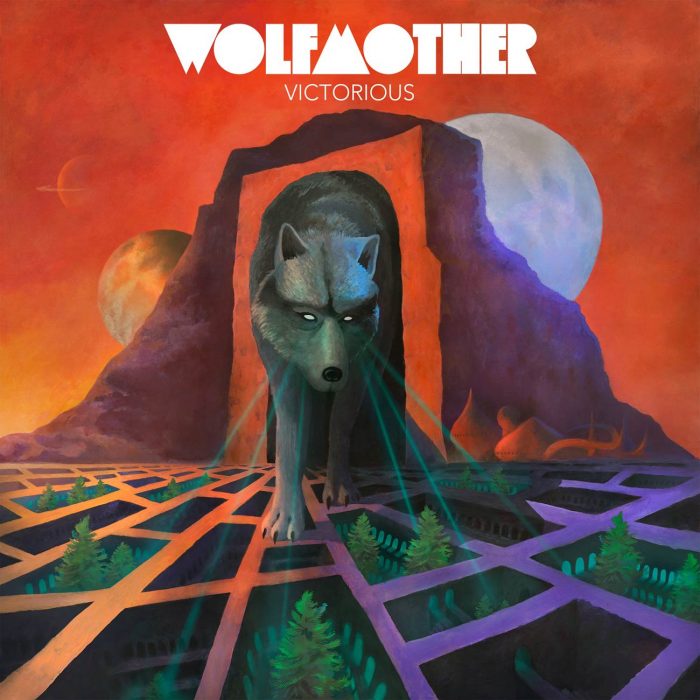 Wolfmother have released their third single from their upcoming album, Victorious, set to be released February 19th. The first release Victorious was excellent, featuring some really imaginative and creative techniques to really make the song standout; it was lively and showed a somewhat different side to previous albums. The second release City Lights was definitely less catchy, yet still very enjoyable. It was very much in a similar vein to previous releases by the band (by no means a bad thing). The two tracks are similar in many ways, but I was curious to see which direction the band would be going for this album. The release of Gypsy Caravan could just provide that answer.

The song is heavily rooted in the Bluesy, Psychedelic Rock style that is synonymous with Wolfmother. The first chorus shows this as the songs has grown as it goes on; the band start incorporate vast pan sweeps for heavily affected vocals to make you feel disoriented. Then for the middle section, the guitar uses that really electric, almost organ style sound to further emphasise the band’s style. The final chorus is great at bringing all these aspects together, by this stage the song is at its climax and really shows off all the innovative features the band have incorporated, and it’s thoroughly enjoyable.

As ever, Stockdale produces some excellent soaring and memorable melodies; the verse contains some really great meslimatic lines that provide contrast to the stunted backing  and allow the vocals to standout. However, while the lyrics change throughout the chorus, the melody doesn’t and this lack of variation means that by the time you’ve listened to the track 3 times, you’re really sick of Stockdale wailing “won’t you take me to the, gypsy caravan“.

So what have we learnt? Wolfmother‘s new album, Victorious, looks set to explore more of the familiar for the band. The song itself has its moments; the verses are entertaining and interesting, as is the middle; both play with creative and unusual ideas. Unfortunately, the chorus almost sounds like it’s made for the radio, to be instantly recognisable when you listen to it; and the lyrics are pretty poor throughout. Definitely not my new favourite Wolfmother track, but still hopeful this a ‘filler track’ from an otherwise good upcoming album.