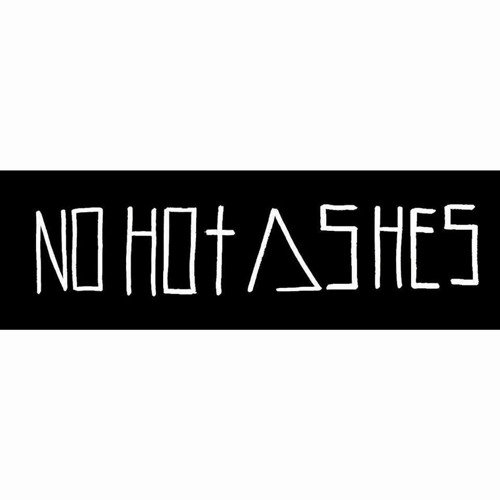 No Hot Ashes are an exciting and fresh indie / funk band from Stockport After signing to indie label Playing With Sound, This Feeling have labelled the band an act to watch, featuring them on their ‘Big in 2016’ playlist. Laura from PWS caught up with the band to find out how they feel about the new label, and what they’re looking forward to in the exciting year ahead of them.

How did you guys get to the band name ‘No Hot Ashes’?

The name came pretty unplanned, we needed a name and saw ours on the side of a wheelie bin, none of us really love it but it has stuck now and people know the name.

As a Manchester based band, what’s your opinion on the Cities Music Scene?

You’ve recently signed to Playing With Sound – what enticed you about signing with an Independent Label?

We have, it’s pretty exciting – there’s an element of down to earth-ness which is really good to have – we all want to push forward and develop and it’s exciting to be working with people who are equally as passionate as us

How has being signed to Playing With Sound influenced you as a band?

It’s given us a big boost – we now have some backing which is really re-assuring for us, to have a company believe in you and be willing to spend their time & money into your creativity is something we massively appreciate and we want to continue to work hard.

As an upcoming band, what makes you stand out above the rest?

We are different. We are making music we believe doesn’t particularly sound like anyone else around at the moment and that excites us. We think it’s vital that you attempt to make your own path and not try and copycat other bands/artists sound.

You’re complimented a lot on your funky riffs, are there any guitarists in particular that you’re influenced by?

Yeah – we`ve always been massive fans of funk bands/guitarists, guys like Nile Rodgers, John Frusciante, Josh Klinghoffer and Johnny Marr are probably the most influential players to us.

You recently played a show in Stockport with Feed the Kid who are also signed to Playing With Sound, how was that?

Yeah – we played in our hometown of Stockport and the gig had a really good vibe – a great crowd and lots of familiar faces.

Isaac, everybody seems to be fixated on your hair! How important do you think a bands image is?

Yeah – it gets a lot of attention! Image is important but we believe it is something that can change over time. How many styles did The Beatles go through? We have a funk band mentality, anything goes. It doesn’t matter where you’re at or what you’re wearing, if you can make music that makes us dance then we like you. Your clothes influence your music.

That’s quite a tricky one – we think 2 stand out in particular, firstly getting announced and playing Kendal Calling as that was our biggest gig to date and to play on such a big stage with so many established artists around us was mint. That would be closely followed by our “Easy Peeler” Single Launch at what used to be the Kraak Gallery in Manchester. We sold the place out and played our best ever set to over 200+ people and it was mental.

How are you guys feeling about playing at the Night & Day? Have you seen many gigs their yourselves?

We are really looking forward to Night & Day gig. It’s part of “This Feeling – Big In 2016” which we are excited to be a part of. It’s also one of our favourite venues in town which we have played quite a few times now and seen a load of gigs at, there’s a great vibe to the place and the band room downstairs has a real cool feel to it.

Lastly, we’re excited about your next single which is due to be released with Playing With Sound in a couple of months, what can we expect from it?

I’m excited to be seeing the band when they perform at Night & Day in Manchester on January 30th, hopefully I’ll see you there! Until then, you can find there music on Spotify.

This Feeling Big In 2016 at Night & Day Cafe in Manchester