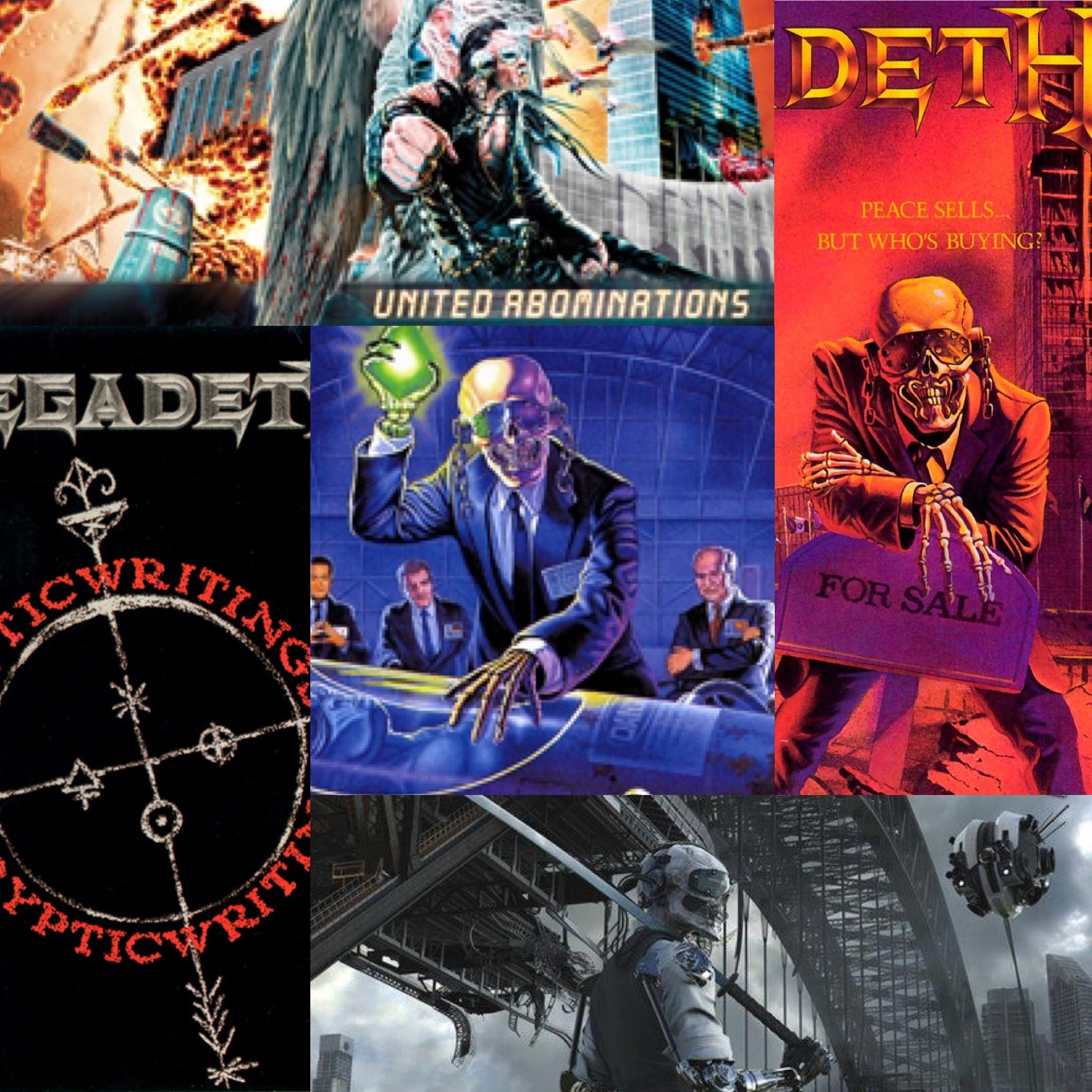 So we’re finally at the end of Megadeth week! It’s been a great journey filled with exciting news and updates, culminating in Friday’s release and review of their 15th studio album, Dystopia. My review rated the album highly as I was incredibly impressed with the new offering. To put this review into context, I thought I’d run through my top 5 Megadeth albums, in order to see if dystopia made the cut.

As mentioned in a previous post; this was the first Megadeth album released after I got in to Megadeth, and probably the first I thoroughly listened to on repeat for days! It undoubtedly had a strong influence on my entire musical tastes, and definitely when it comes to Megadeth. Tracks like Sleepwalker, Washington Is Next, and Play For Blood are standout tracks; with very few that disappoint on the album. There’s also a wealth of guitar solos throughout for the guitarist in me to fall in love with. Maybe not everyone’s favourite, but definitely up there for me.

Released only two days ago, this album has impressed me so much, it’s instantly become one of my favourite Megadeth albums. My full thoughts can be found in the review I did, but for now I’ll just do the highlights. I was blown away by the amount of thought that had gone into each song. The lyrics marry excellently with the music; the guitar solos aren’t just elaborate and virtuosic for the sake of it, but cleverly crafted with melody; every part seems to have its place and be well thought out. Finally, aside from the cover track, I enjoyed every single track on the album; and found barely anything to dislike; this speaks volumes considering more recent Megadeth offerings.

As much as I’ve enjoyed the spectacle of Megadeth releases, and the albums that come from them, there’s no denying brilliant classics. Megadeth‘s second album, cemented their place as an exciting new metal band; flaunting their own brand of fast paced aggression and superior technical ability. With no disappointing songs on the album, and the outstanding Peace Sells, Wake Up Dead, and The Conjuring, providing the brilliance to top off the album, it’s undoubtedly one of their best. The riffs are engaging, ferocious and original; the lyrics are terrifically “screw-the-man-ish”, with a glimpse into the inner weirdness of Mustaine on The Conjuring; and it has proven to be a timeless classic and a staple of Megadeth‘s back-catalogue.

This is probably the Megadeth album that I listen to the most, simply due to its variety and the quality of the songs. There’s a song suited to almost every mood, displaying a range of emotions, and relating to many situations. There’s songs like Vortex filled with incredible riffs throughout, She-Wolf which is just conceptually brilliant and packed full of fantastic melodies; and songs like Use The Man which discusses Drug abuse. Whatever it is you love about Megadeth, it features on this album; and that’s why it’s one of my favourites. I’d also recommend it as a good entry point for new Metal fans to get into Megadeth.

There could only be one album atop this list; Rust In Peace is the one of the most technically virtuosic; iconic, and exciting albums I’ve ever listened to, not just by Megadeth. This was the first album to feature the “best line-up in the band’s history”, and you can see why they get that title after producing albums like this! Rust In Peace has no weak songs on it at all; going through you think they’ll be at least one, but there just isn’t. Beginning with two of Megadeth‘s best and most iconic songs Holy Wars…The Punishment Due and Hangar 18 before going on to feature the incredible Lucretia, Poison Was The Cure, and Rust In Peace…Polaris (I could literally write down every song here), it’s no surprise that it’s regarded so highly. What gives this album that extra edge, above the sheer technical brilliance displayed on the album; is the lyrical content. It’s so highly politically charged as Mustaine makes his disagreements with the political climate all too well known. The album tackles issues of the Cold War happening at the time; alien invasion cover-ups; the troubles in Northern Ireland and more, all while this incredible music is being played underneath, combining brilliantly to increase the impact of the Mustaine snarling vocals. It’s an incredible album, and I can only imagine that living in America at the time of release would have greatly increased my appreciation of it.