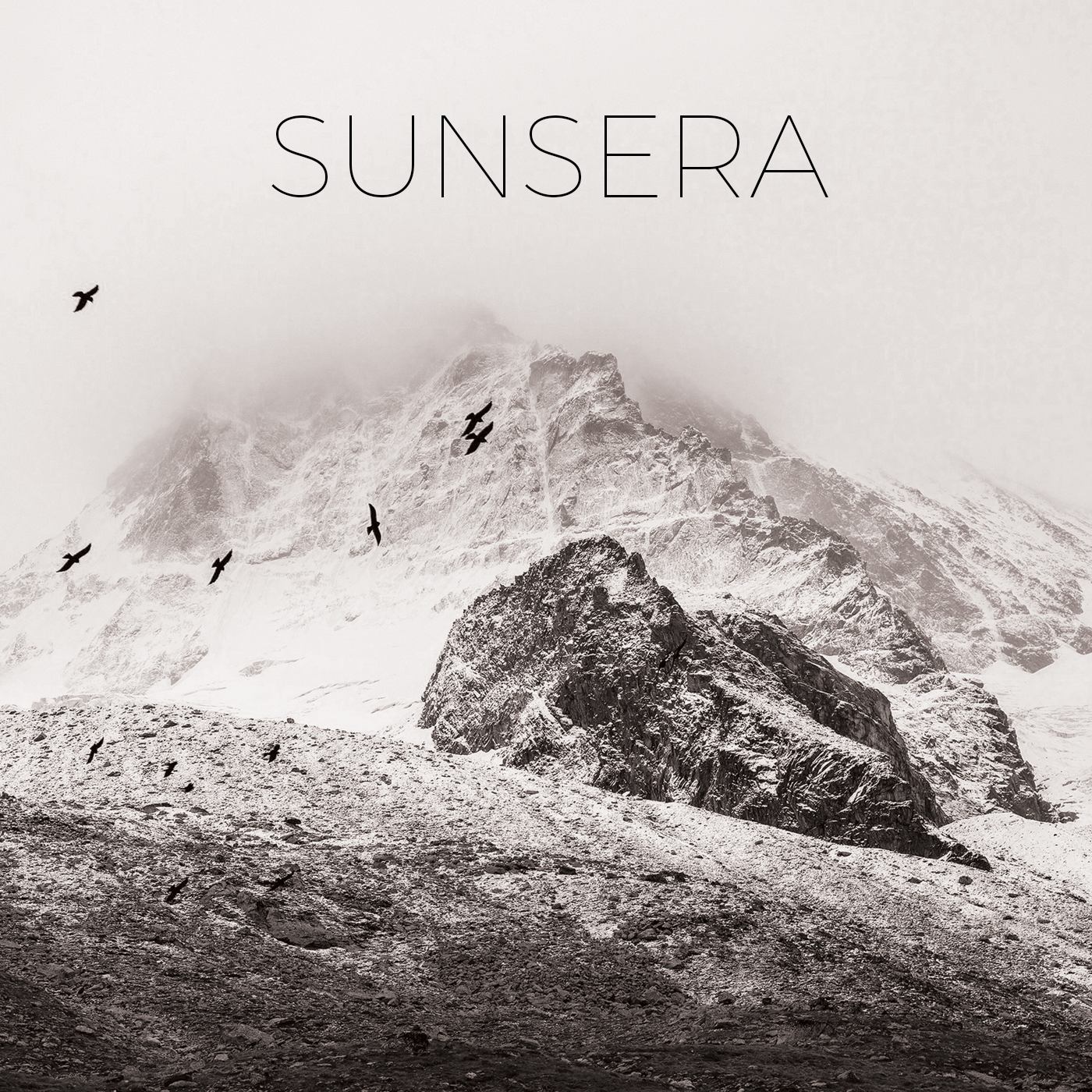 Ever wondered what kind of music 4 sound recording technology students would make when they’re given the reins to write, produce and record everything themselves? Well San Marcos alternative rockers Sunsera have your answer. With the genre gaining popularity in recent years following the success of Coldplay and like-minded bands, it seems difficult to think what more could be added the popular genre. Sunsera‘s unique background makes them as likely as anyone to shake up the genre and take it in a new direction. Created on a shoestring budget, backed by kickstarter pledgers; this Texas based quartet have made an intelligent and intriguing debut album.

There are two main types of tracks featured on the album: thoughtful, calming songs built upon wonderful soundscapes; and more energetic, driven tracks. Both have their place on the album and provide good variety throughout. The main aspect key to creating the soundscapes experienced throughout the tracks is the lead guitar lines supplied by Nick Barber. These are often subtle and doused in reverb; but provide tremendous depth to some of the more sparse textures featuring on the album. The prevalence of this is no more evident than in Outlines; the intro has a lot happening on the guitar thanks to a rhythmic delay effect, but it builds a scene for the song to build on. It doesn’t stop there however, as a line enters during the verse to create an engaging countermelody to the vocals; maintaining interest and build the song up to the chorus as a climax. The Open Sea features some excellent guitar playing also. As an instrumental track acting as an interlude, these are often overlooked as sources of excellence from a band, yet the melody on the lead guitar is really well developed and interesting; happening over the wonderful texture underneath; rising and falling, before drifting into backing vocal Oohs and Aahs. This creation of soundscapes is definitely a strong point for the band, and to do so on such a limited budget, excites me about what could be achieved with a slightly larger array of accessible instruments. Although synths feature on some tracks, further use of them to add extra layers to the tracks could help build them a little more, and add greater depth to some sections that are slightly lacking.

The other excellent thing about these softer, more thoughtful tracks is the suitability of Nathaniel Goldblatt‘s vocals to this style. His natural ability to deliver emotion through singing makes the meaning in songs easy to grasp and relate to. Aftermath is delivered from the viewpoint of someone coming to realisation that they are to blame for a terrible event, or perhaps a break-up they were at fault for. The phrasing and changes between full voice and falsetto create an emotional connection during the key moments. However on tracks like Counterfeit, which almost has a pop-punk element to it, the need for a more commanding vocal delivery to really captivate the audience is definitely missing, as it sounds flat and lacking a certain gravitas at times. Fortunately this isn’t a common feature, and presents the band with a clear direction for progression. Other up-tempo songs, like Aftermath, which has strong emotional content in the concept, is very powerful, so perhaps it is simply the lyrical concept which needs to be tailored.

The second half of the album contains tracks that share much with a more progressive style music. The songs are not set in one style, but switch between two or three using a variety of dynamics and textures. Ungoliant is a fantastic example of everything Sunsera do really well as band. The sparse texture created using guitars and synths provides a great backdrop to a heartfelt vocal delivery. The emergence of a distorted lead guitar provides a fantastic alternate focal point; really stands out, and just effortlessly floats over the soundscape created underneath. When the track builds much bigger, the use of slightly more distorted guitars, the memorable melodies and driving drum beats create a really fantastic piece of music that’s tremendous to listen to. These widely varying tracks aren’t always crafted so fantastically though; Greater Things has some great emotional content in the lyrics, and creates a strong relationship with the listener, but the build is lacking impact, resulting in a disappointing climax to the song, which unfortunately fails to make the section really memorable. However, this is likely a byproduct of the album’s mix.

The album’s mix is clear, and gives an excellent representation of the music presented; the rise and falls in textures are audible in the dynamics. This is a very artistic and intelligent way of mixing, but it makes the music harder to engage with initially. The result is that some sections may slightly lack impact, but fortunately, the album definitely grows on you as listen to it more.

Overall, Sunsera have delivered a good debut effort. While the mix may lack impact, it showcases the songs in their full glory, allowing standout tracks Outlines, and Ungoliant to shine. Further, the album shows that Sunsera are full of potential, with clear ability to create tremendous soundscapes, deliver emotional lyrics with conviction, and construct elaborate song structures to further convey the lyrical concepts. These tracks hint that the band could have a lot to offer the genre, incorporating more progressive elements to the genre. With a bit more thought to applying the concept to all areas of their tracks, Sunsera could go on to have a really bright future in music and offer a lot to the Alt. Rock genre.

For All Kings – Anthrax