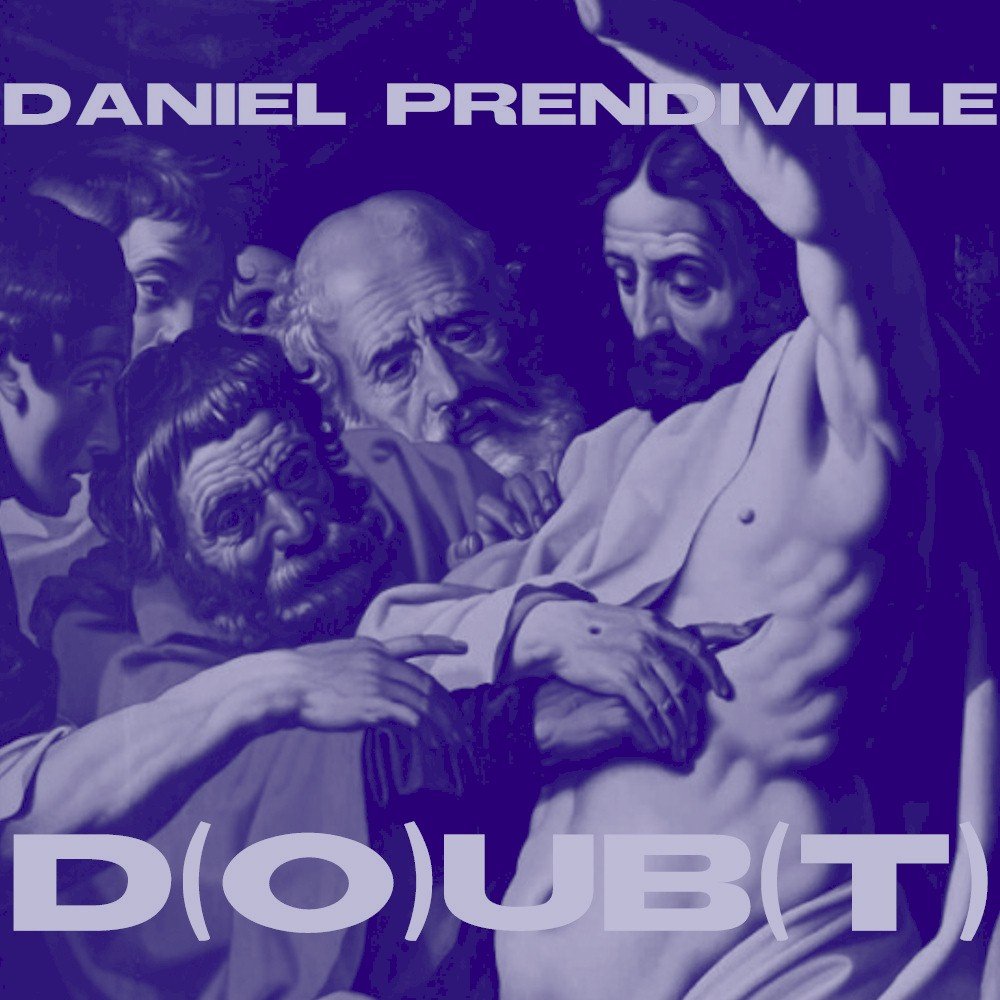 D(O)UB(T) is the huge new album from Deniel Prendiville, and huge refers to the length only, the album is over 70 minutes long, so is a big undertaking for any listener; yet listening to the record, it is easy for time to float by. Prendiville states “The idea behind D(O)UB(T) was to apply the techniques of dub reggae to pop/rock/ambient music”, this idea is undoubtedly creative, and comes across in the music featured on the album. It is definitely something that isn’t heard everywhere, but maybe there’s a reason for that?

There are definitely enjoyable tracks on the album, My Troubles Are Nothing Compared To Yours is enjoyable, and probably the closest realisation of a recognisable song on the album; Watching TV With The Sound Off is very well-conceived and portrayed in the music; Iye makes great use of samples to create an 80s dance atmosphere. The trouble with all of these is that they don’t go together at all. The idea behind D(O)UB(T) was to apply the techniques of dub reggae to pop/rock/ambient music; but unfortunately the realisations of this are incredibly far apart from each other; especially when adjecent on the album. It doesn’t flow very well, the theme isn’t overly apparent when listening; making listening to the album a very hit and miss experience; some tracks are engaging in a very obvious way, while others rely on devoted attention. The opening track, Complications Of A Fall, seems billed as an introduction to the album, and it does well to portray an eerieness; it creates some interesting soundscapes; and fits more into a minimalist/ambient genre. However, it does nothing to prepare the listener for what follows, and is remarkably different to the following track in particular. FCA Boots is pretty in your face; the instrumentation is completely different to the Complications. The track remains minimalistic, but listening to it; it sounds like a backing track, and lacks a clear focal point or lead melody. While there are other tracks similar to these 2 on the album, they definitely don’t go together. With D(O)UB(T) containing 17 songs, maybe my perspective would differ were it released as a ‘double album’ with two different concepts or themes on each disk.

Looking past the inconsistency on the album, there are definitely many creative aspects to it, none more so than the instrumentation used. Prendiville is a decent multi-instrumentalist, with bass his preferred instrument, and inspiration from dub reggae common on the album, it is no surprise that bass is often the most melodic instrument on some tracks. This in itself is a bold idea and it works okay, but unfortunately more could be done in the mix stage to make this melody more apparent. The result leaves tracks like FCA Boots and Helicopter Shots In The Sky feeling more like backing tracks, than complete songs. However, I lose count of the number of remarkably different sounds used on the album, and to use them effectively in the ways done here is commendable. The manipulation of vocal samples on Iye is excellent, revolving around quotes featuring the word “I” or “Eye”, they fit into the style of music really well, short lines doussed in reverb. Further the whole concept of this track is well-delivered; which is something that happens frequently on the album.

While the album as a whole may not have a clear overview; some of the tracks have excellent concepts. Helicopter Shots Of The City begins with a noise that, ok sounds almost nothing like a Helicopter, but that’s cleary the sentiment behind it. Also, Watching The News With The Sound Off, has a mass of emotion running through it; the sounds are similar to those heard on the BBC news theme; the dissonance in early aspects mirror some of the horrors shown on the news, but there are also lighter aspects to it. The whole track is performed on one instrument, and simply leaves you with the chords used, and the oscilation of the synth to create emotion. To use this effectively and convey the amount of feelings experienced is really impressive.

Overall, D(O)UB(T) clearly has a lot of thought running through it; with Prendiville‘s musical knowledge and ideas at a song level allowing the creation of well-conceived tracks and imaginative use of instrumentation. Unfortunately, I think there’s a reason that dub reggae aspects are rarely applied to pop/rock/ambient music; and never on the same album. Most tracks on the album with obvious dub reggae influence are poorly delivered; the ideas are there but the realisation is poor. The album is not without its moments however, as there is some excellent ambient music on show.

Standout Tracks: Iye/ Watching The News With The Sound Off/ My Troubles Are Nothing Compared To Yours