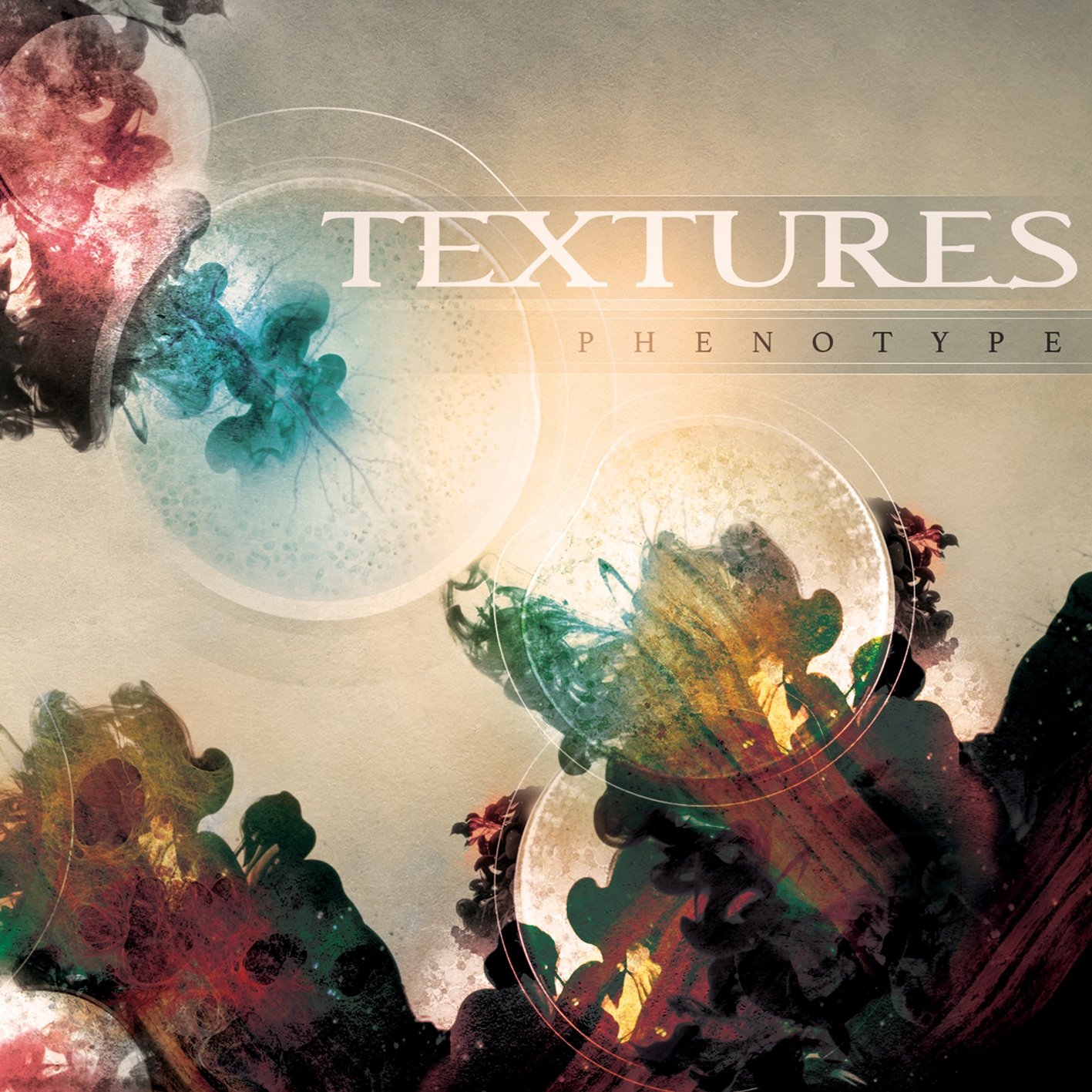 It’s been a long time coming, but finally the 4 and half year wait for a new Textures record is over thanks to the release of Phenotype. It’s presented as the first half of a double concept album: the second half Genotype will deliver the ideas appearing on Phenotype in a more natural form; with the band stating it will be more progressive and only one 45 minute track. This album, Phenotype, is the evolution of those ideas; how they have grown, matured and developed into full songs. It’s an incredibly intriguing and creative concept and will surely mean that the tracks featured here will have incredible depth; but also that they should be distinctive from each other.

I’m rather pleased to note that all songs are very individualistic; the band clearly placed focus on having accessible songs that aren’t surrounded by contextual soundscapes; it seems like that will be a task for Genotype. The result for this album is the construction of really rich harmonious textures; that we get to hear in their finished form as soon as they enter. Many prog bands will construct rich harmonious sections; but love to take you on the journey to how they got there; so with Phenotype, because the story of how the sections are built up to this version is set to be in Genotype, we get instant access to these fully furnished, rich textures as soon as we hear them. This allows tracks like New Horizons to quickly move through several beautifully crafted dense soundscapes; filled out with drums, bass, various guitar tracks, synths, and the vocals, with support; in quick succession. Of course, for many prog fanatics, that isn’t necessarily a good thing: it means that you don’t really get to experience the story of the song.

Of course there are exceptions; songs like Illuminate The Trail provide enough virtuosity, textural and dynamic variation to satisfy many prog fans. Also, Textures have made interesting use of interlude tracks on the album. Zman (The Hebrew word for time), is a prelude to Timeless; using melodies and themes from the following track to create an introductory section. Chief guitarist and conceptual genius Bart Hennephof stated that although they wanted an introduction section to Timeless, the band also wanted to keep the song quite short, for listeners to digest easier, and so Zman was born to act as both a precursor to Timeless for those who wanted one, but also as a standalone interlude. This idea of listeners digesting songs easier was also the reasoning behind releasing the two halfs of this album at different times.

Whatever form the songs come in on this album; they are undoubtedly well-thought through: the development of melodies; the transitions between sections; and the sheer depth of harmony in some sections is incredible. These are features of every song from the album, but is perhaps most evident in Illuminate The Trail. The track is arguably the best on the album; after beginning very heavy with staggered riffs, unclean vocals and all out fast paced drumming; the development of the transition into a lighter section slowly builds as the virtuosic synth line begins to emerge through the violent music scene 15 seconds before it comes to prominence in the cleaner section. It is then greeted by more prominent synth pads, and clean vocals delivering the insatiably catchy line “If you will fight to, Beauty is in the eye of the beholder, but it may not be as you always imagined”. This is a really well constructed section, which then seamlessly switches to a heavier section, using a variation on the vocal melody featured, as well as continually developing the virtuosic synth line. It vividly displays the incredible songwriting present on the album.

Despite the obvious songwriting ability present on the album, there are some sections which seem to lack the same level of thought, in preference of just creating “angry music”. Being a prog band, having unclean vocals can be a valuable assets to help better convey aggression and provide an interesting counterpoint to the clean vocals. Sometimes the unclean vocals are used very well; although other times it seems like the band were devoid of ideas of how to progress the music further so decided put a blast beat on the drums, play inaudible riffs and make the most inhuman, angry noise possible on the vocals. These sections don’t really add anything to the songs, and are simply an assault on the senses; to such an extent that listening through I now skip these sections. They aren’t overly common, and only appear on two or three tracks, but they greatly detract from what is an otherwise brilliantly constructed album.

Overall, Phenotype is incredibly enjoyable. There is a good level of variety on the album, so listeners will enjoy different aspects depending on what they love about Textures; be it the all out heavy tracks like Oceans Collide; the more somber, progressive tracks like Timeless; or the virtuosic prog metal songs like Illuminate The Trail. Whatever it is, a tremendous amount of thought will have gone into every aspect of it, and deliver something incredible. The album contains some majestic soundscapes and harmonic textures through several songs which display an incredible musicality and songwriting ability; unfortunately they of off-set by some almost thoughtless aggression fuelled sections which show an immaturity to their song writing. Thankfully these sections are rare, and provide only a minor dampening on what is otherwise excellent album.