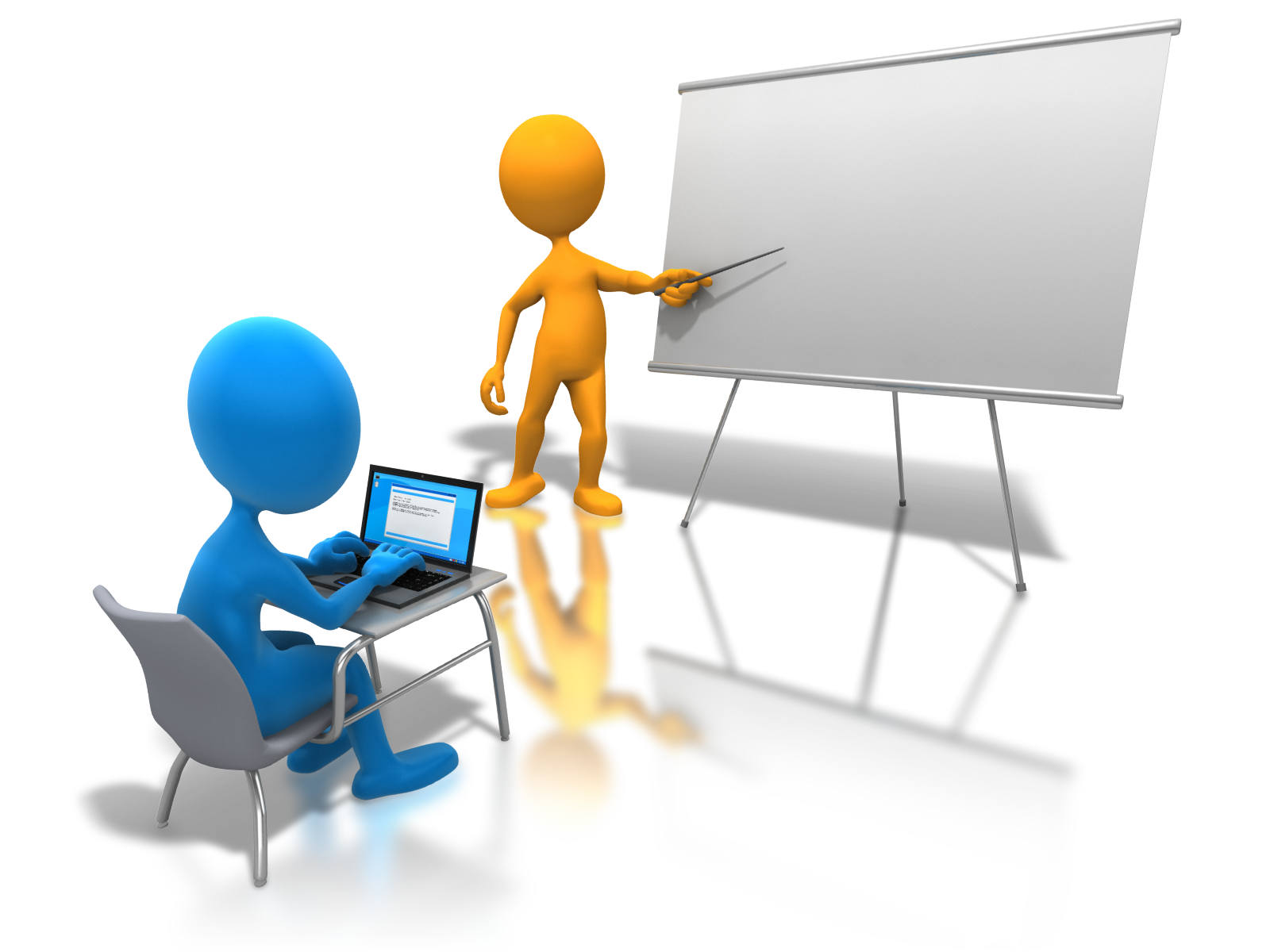 Welcome to the long awaited part 2 of the band roles post. If you missed part 1, I discussed

If you’re in need of a recap, give it a read! This is the next installment in my ‘How To Treat Your Band Like A Business‘ series, that began last month.

This series aims to take you and your band through some elements on how to progress your band to the next level; getting signed or making money from your band.

With that done, let’s jump into it!

There was once a time when the most a band could do to get their name out to the city, nation, and world was to gig, gig and gig some more.

However, thanks to the internet, facebook and twitter, it’s easier than ever to get your band heard by millions of people worldwide, without even leaving your home. You of course still have to gig. And have a real life presence. And make content to put online and share. But it’s not nearly as necessary to constantly tour the country as it once was.

Remember when the Arctic Monkeys became the first band “discovered” from Myspace? For that matter, do you remember Myspace? I wonder what Myspace Tom is doing now… Probably working at a McDonalds, staring angrily at pictures of Mark Zuckerberg in his mansion, dreaming of what could have been…

I digress. That was random…

With the variety of social media platforms available, different ones can create different opportunities.

For example, Facebook and Twitter provide a great way to connect with fans, and interact with them. This is incredibly important for ensuring that fans really buy into your band’s “brand”, and can relate to you as well as your music.

Beyond this, Facebook can act as band website of sorts. It allows you to write a bio, post music and photos, create events and link to ticket vendors. You can also link to sites that sell your music and any merchandise you might have. These features can allow you to easily create a profile, or front for your band without splashing out on a website of your own.

Soundcloud is obviously great for sharing your music with fans. You can easily make it available to listen to online, and engaging with other, similar bands to your own. Doing this can create opportunities for support gigs with bigger bands, and admiring bands that may have a larger following than your own.

A key aspect that many bands don’t consider is writing a band blog, posting vlogs or other video content on YouTube. This is an amazing way to connect with fans and let them see what’s going on outside of the music.

It can either be in the form talking to a camera about what’s going on; a documentary/day in the life vlog; or recording backstage events, or ‘in the studio’ videos. YouTube and videos also open the door to doing a Q&A session with fans to further engage with them. This can even create an extra revenue stream for the band if it does well enough, with Youtube paying for content creators based on subscribers and views.

These are only a few suggestions as there are many more out there, and they can all be used cohesively. Creating additional content beyond your music, on Youtube, allows you to share more varied content. When all a band has to say is “we’ve got a gig this Friday” and “Buy our EP”, fans can easily grow tired, disinterested, and stop engaging with your posts.

However, with interesting updates on a variety of other aspects of the band, you will always be sharing something new, and further engaging with fans beyond attempting to sell them things. This is vital as they are the people promoting your band through word of mouth, and actually buying your music and merchandise; the greater affiliation they feel they have to your band, the more likely they are to spend their hard earned money on your T-shirts, beanies and keyrings.

As far as band roles go, the role of product creation and distribution is definitely less intense.

The product creation, design, and distribution still has plenty of input from the band, especially the band leader due to the strategic elements. The main responsibilities here rest on actually liaising with other companies over the design and creation of the products.

The process of all of these things will include input from all members. But, liaising with, organising, and dealing with these other organisations requires quite a lot of effort.

Due to the fact that this job only requires effort every so often, it could be given to one of the busier band members (greatest workload for example), but the person here must also be able to negotiate well, and have excellent email manner, as they will need to build positive relationships with whomever they work with.

These positive relationships may allow your band to get ‘mates rates’ at the studio, or get the CD artwork designer to put in the extra effort to make your designs stand-out. While this may seem like a small job with support from the entire rest of the band, it’s incredibly important, and can help the band get quality products, saving money at the same time.

I will preface this section by saying that this is an incredibly important job, and for younger bands, or those just starting out, a willing and supportive parent may be the best avenue for filling this band role.

Finance Officer is probably the most difficult band role; and it requires commitment from all of the band members to do well.

The finance element of running band is often overlooked, but if you’re serious about your band, it’s arguably the most important thing.

Everything costs money, from rehearsal space to CD printing, and there are few activities that earn you that money back.

Now, your first thought may be to pack it in straight away. And fair enough, there are very few bands that make a living solely from their band efforts. However, in the spirit of treating your band like a business, there are very few UK start-ups that are in the black during their first few years of trading.

However, what they do have is an idea of how they will make money later – we call this a Return on Investment plan – or ROI plan. This allows the company to seek investment from Venture Capitalists (VCs) or a bank loan, and convince them of them to invest in their company by demonstrating the the investor will make their money back 7-fold in 2-3 years.

Realistically, you won’t need a loan or VCs. For bands, the costs are not as high as, for example, a tech company. However, it may require each band member to have a part-time day job, and put a portion of that income into the band.

However, an ROI plan can be very useful to keep everyone focused and positive. When times are difficult financially, the plan can keep you on track, and focused that the hard-graft and cash you’re putting in today, will pay dividends down the road.

This is also why it’s important to make sure that all band members are depositing equal amounts. Money can very quickly become the source of most arguments.

One strategy might be that the band have it’s own account that all the money goes into. It’s much easier to keep track of band earnings this way. If it’s all in one person’s account, it is likely that that person will dip into their own money on occasions that band funds are low (or vice versa!). N.B. If you’re thinking “we’ll just store it in a draw at home”, please understand the Time Value Of Money

Another tool to implement, is setting budget restrictions on activities. It’s very easy for bands to go for the easiest or most convenient option. But this can often be expensive, or poor quality option.

Setting a budget for how much you’re able to spend, based on how much it’s worth to you, or how much you think you’ll recoup from the venture is good way to think about it.

This is essentially what a record label does when they give you an advance. They give you money to create an album based on what they think they’ll make back in album sales, merchandise and image rights on the album.

An Example of Budgeting for an Album Launch

The most useful aspect here is when you’re preparing for an album launch/release.

You may decide that for this release, you’re going to spend all of the money currently in the band fund (should be quite a decent amount, assuming you’re all paying in monthly, and you’re only paying for rehearsal space and the occasional gig).

So then that’s your maximum budget.

This needs to be divided across everything you need to help make your launch campaign successful; including the recording studio, mix engineer, mastering studio, artwork design, manufacturing, marketing and touring, and maybe more!

The thing I see most often is bands that run out of money after recording the album/EP. Then they’re living hand to mouth to tour it, and have no money to promote the product. Ultimately, by setting budgets and planning how much to spend in advance, you’ll be able to run a successful launch campaign, without the hardships described by bands who run out of money before touring.

As mentioned previously, this role is important… And pretty difficult. So it could be worth asking for help if you don’t have someone in the band comfortable with doing this role.

So there you have your 5 key band roles!

These are, of course, just suggested band roles and how to utilise them. However, whether you choose these role or not, delegating different jobs to band member is essential to your band standing the test of time. Happy banding!

As always, if you enjoyed this post, and want to read more, check out the other posts in the series. And why not like the post and share with your friends (or bandmates!). There are still more posts to come in this series, so if you want notifications when they’re up, simply click the subscribe button at the top of the page!

Join us next time when we’ll be looking at the importance of professionalism in your band!